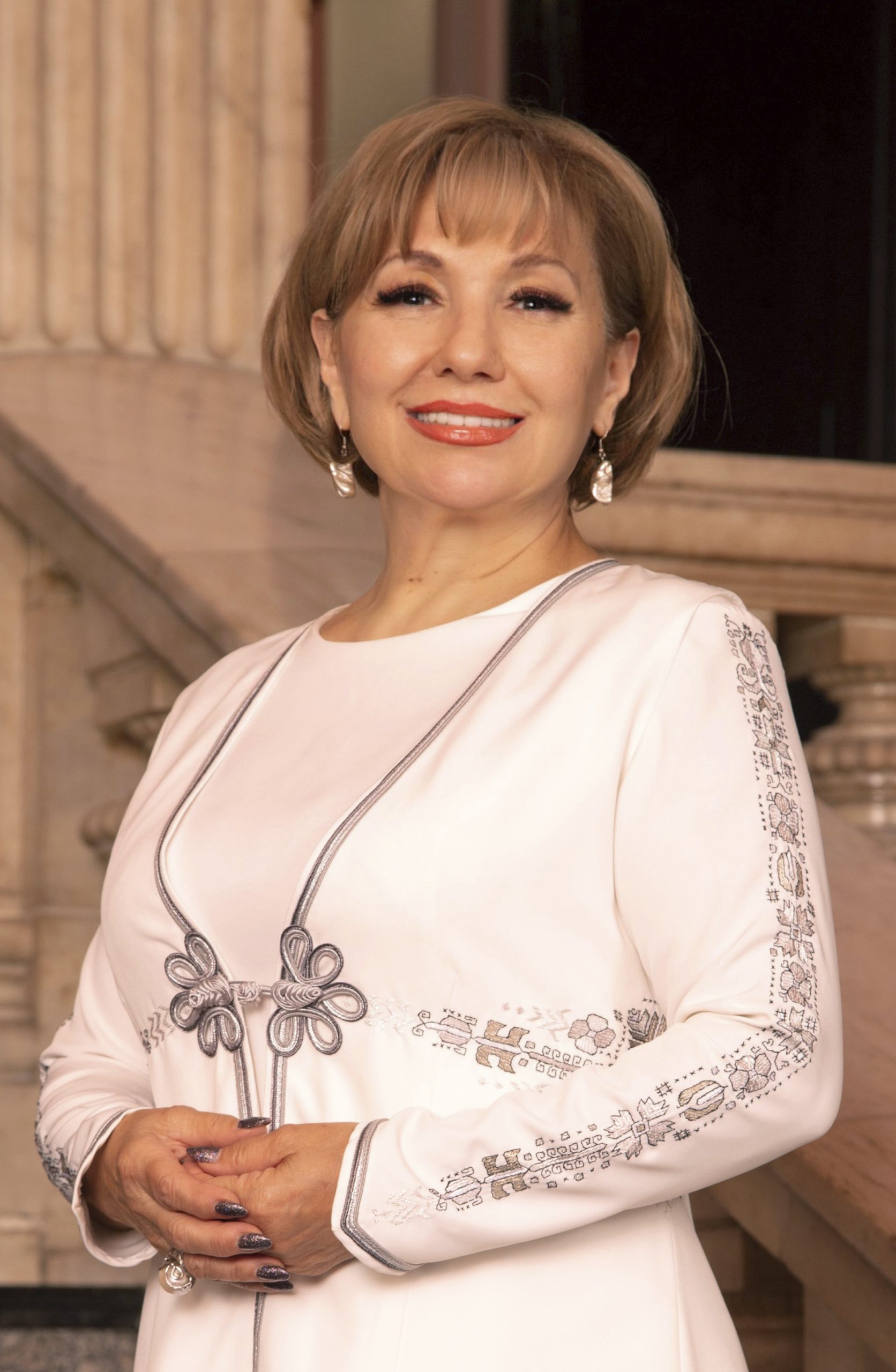 Vanya Moneva is one of the best-known names in the history of Bulgarian choral art. She is a conductor who has established herself with her style, musical aesthetics, and high professionalism. It is not vain that the composer Prof. Krasimir Kyurkchiiski says about her: “Vanya Moneva is the Bulgarian Karayan in a dress.” Her aspiration as an artist to the Bulgarian folklore culminated in the creation of the women’s choir “Cosmic Voices from Bulgaria”, later named: choir “Vanya Moneva”. She confirms her positions in the fields of art with her innovative thinking and showing how a women’s folk choir can be treated as a brilliant instrument. She has founded such repertoire policy, which demonstrates the hidden possibilities of the people’s voices and leads them to different genre dimensions, thus establishing her professional brand. Before the project of her life – the choir “Vanya Moneva”, Vanya Moneva was the main artistic director and conductor of “Cosmic Voices from Bulgaria”, “Mystery of the Bulgarian Voices”, “Women’s Folk Choir at the Bulgarian National Radio, Representative Mixed Choir “Aleko Konstantinov”, Sofia Girls’ choir, “Petko Stainov” Representative Mixed Choir and Choral School – Kazanlak, as well as a number of other choirs in Sofia, Lom, and Stara Zagora. When she worked as a conductor for the German music company – “JARO”, she was nominated for GRAMMI with the double CD – “Melody, Rhythm & Harmony”. TV MEZZO has recorded and broadcast many times a concert with her being a conductor. Vanya Moneva is a longtime music producer at the Bulgarian National Radio. She is a lecturer at the National Academy of Music “Prof. Pancho Vladigerov” in the Folklore specialities in Vocal Chamber Ensembles, Folk Choir, Vocal Methodology, and conducting of Folk Choir.